Who are Ethiopia’s two female billionaires? 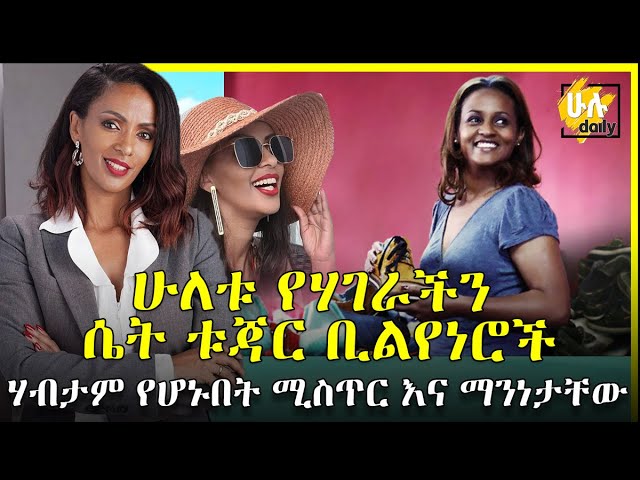 Women’s empowerment is defined as the development of a woman’s self-esteem, ability to make her own decisions, and right to influence societal change for herself and others. It is inextricably tied to female empowerment, a fundamental human right that is also required for a more peaceful and prosperous world. Female empowerment is usually linked to different stages in the history of the Western women’s rights movement. The first wave, which lasted from the late 1800s to the early 1900s and included suffrage as a major component, is commonly divided into three waves. The second wave of the 1960s included the sexual revolution and the advancement of women in society. The beginning of third-wave feminism is often credited to the 1990s. Women’s empowerment and the promotion of women’s rights have emerged as a major global movement in recent years, breaking new ground. For example, International Women’s Empowerment Day is gaining prominence. Nonetheless, despite great progress, prejudice and violence against women and girls continue to exist in every country. Competitiveness and self-reliance have been stressed as indices of economic success by the neoliberal movement since the 1980s. Individuals and their identifying communities who do not conform to society’s favored neoliberal values are evaluated and have lower self-esteem. The lower working class and the unemployed are two groups that do not fit the neoliberal narrative. As a result of its welfare reform policies, neoliberalism has had a significant negative influence on women’s self-worth. Conservative social reformers, according to Mary Corcoran and colleagues, think that welfare dependency is the foundation of poverty.

I’ll always be ready for him

What does the form of your lips indicate about you?