Kidman Keseat - A Saturday evening infotainment show with magazine design; a way of life, break time visitor, book survey, music, cooking section, and some more. An engaging meeting with craftsman Sami Dan. By 2014 I began my own band alongside my dear companion, sibling, and maker, everything being equal, Andy Bete Zema, and delivered a special CD containing three melodies. Music has been my obsession as far back as I can recollect. I began like most specialists singing to neighborhood companions when I was a youngster with a hand-crafted guitar my dear companion, Rezene, helped me make.

As an entertainer, everything started when I was in secondary school playing in a gathering called Eldan Band. Following five years of playing together, I quit singing live when I joined the AAU and began to compose melodies. Two or three tracks from the collection were composed during these occasions, approximately 12 to 13 years prior.

Subsequent to moving on from AAU, I joined Hasset Acoustic and played for a very long time while additionally singing with Sydney Salmon and Imperial Majestic band for the last 18 months. I took in a great deal about reggae and Rastafarianism from this band, despite the fact that I am not a Rastafarian. The two fields share my enthusiasm for the two callings. Fortunately, I discovered an organization called Life Consult PLC which permitted me to seek after my two interests of mine in a manner where I don't need to forfeit or risk possibly one.

It is truly awesome to be given a stage where I will chip away at the two things; I question that most craftsmen have a similar chance. My persona as an architect and an artist is very unique because of the idea of the callings and the attributes they require. 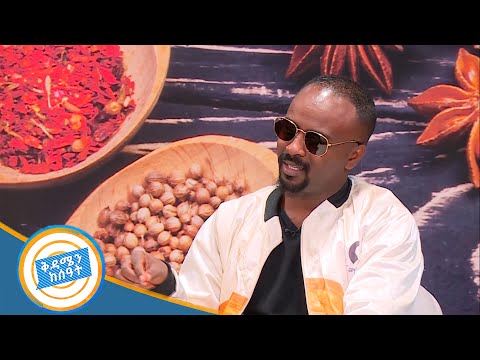